Johnny Appleseed Day is a little-known holiday; no one gets the day free from work or school, but you might choose to mark September 26 with your kids as a way to reinforce harvest time and generosity. The story of Johnny Appleseed was one of my children’s favorites. We had a fairly recent biography rather than the more fabled version of his life. But his quirky commitment to the apple tree, as well as the good he tried to spread really spoke to them from around the age of 7 until about 10. Johnny Appleseed was a real person, full of faults to complement his better traits. How you share his tale can grow and change with your child, but his life is not a bad place to start inspiring a child to share their own unique goodness. 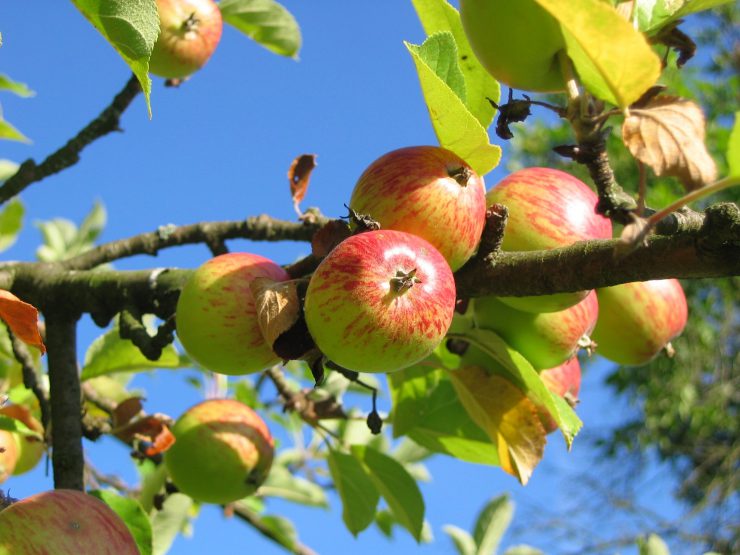 One way to think about him is to see him as an early pioneer. He was born in 1774, so just shortly before the colonies revolted and became an independent country. During his life, he introduced apple trees to large parts of Pennsylvania, Ontario, Ohio, Illinois and West Virginia. While “nomadic” well-describes his life, he did not spread seeds like a bird. He established nurseries, building fences to protect the trees from livestock. Neighbors would tend the nurseries, selling seedlings for shares. While Johnny was also said to have carried seedlings to new settlers in an area as a way to promote the spread of apple trees, the apple trees were also a money-making endeavor.

Another less-reported tidbit is that the apple trees he planted were not the grafted kind which produce a sweet fruit. The varieties he planted were the kind most use for cider. He was not spreading the ability to make an apple pie; instead, he was setting settlers up to make their own alcohol. Also, while he actively chose to live with some privations, this was related to his religious beliefs, not poverty. When he died, he had 1200 acres of orchards to leave to his sister. He also owned other property, primarily in Ohio and Indiana.

He was genuinely known for his kindness to people, but some of the most intriguing legends are around his care for animals. One tells the story of how he abandoned a sleeping spot so as not to disturb a bear. Another tells of how he thought it cruel to ride a horse in a time when that was a primary mode of transportation. Another tells of how he put out his cooking fire when he realized the insects were drawn to their deaths by its light. These legends, whether based on fact or purely fabricated, speak to children and the kinship many of them feel with animals beginning around age 4.

Finally, with older kids, you might point out how Johnny Appleseed spread non-native species across part of the continent. He planted not only apple trees but dogfennel. The latter was considered a useful medicinal herb, but it has become an invasive, noxious weed. The long term effects of seemingly beneficial action were not something he could have predicted. This can be a good lesson of knowing better should lead to doing better, accepting that we will all make mistakes even as we try to be a force for good.

As we explore historic figures with children, we can start with the best, most inspiring parts, and then add texture as they’re ready, as they’re seeing the texture of the people around them. We can use these figures and their stories to deepen understanding and compassion for the people we know now.