Physical Activity: Are Your Kids Getting Enough? 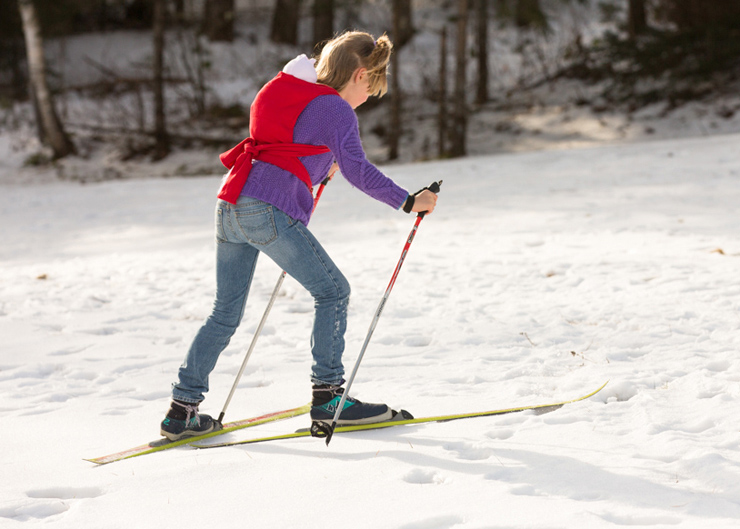 At a physical for my children a couple of years ago, the nurse practitioner worked through a standard list of questions that I had answered for at least ten years. “Is there violence in the home? Does anyone smoke in the home?” But her last question was new.

“Does your child get at least one hour of focused physical activity per day?”

I did not ask why, but I did ask her to define what “focused physical activity” meant. I also reflected on our days, and concluded that at least two of my children were probably not meeting the guideline. They are both avid readers, and even without any screen time, they could spend a phenomenal amount of time sitting still. I have since learned what kind of activity the nurse was talking about, why this prescribed hour is important, and why we might all need to bring our awareness to it, especially as our children move from childhood into adolescence.

One hour or more of moderate to vigorous physical activity every day: that’s the guideline for children ages nine to seventeen. The World Health Organization, the National Institutes of Health, and the American Heart Association are just three of the many health organizations endorsing the recommendation. According to Health.gov, the number of minutes spent in activity has greater health effects than intensity, duration, or frequency. The health benefits seem to increase even as the time exceeds sixty minutes; it is more significant than the exact makeup of the activity. However, the recommendation does include indications for muscular, bone, and cardiovascular development.

For muscle building, think of things like climbing, pulling against a swing, push-ups, or sit-ups. Bone density builds during weight bearing exercises like running, jumping rope, or playing hopscotch. The cardiovascular portion refers to to all sort of running games, swimming, dancing, or walking. These are just the sort of things most children engage in on a playground or in free time with their friends at least until middle childhood.

However, as children move into puberty, studies indicate that most children drastically decrease physical activity. National Institutes of Health ran one long term study on 800 children from the ages of nine to fifteen. In this group, the average hours of weekly activity dropped from 21 hours per week at nine-years-old to 5.25 hours per week when they were fifteen. Part of the significance of this drop in activity is the long-term physical and emotional effects linked to a sedentary lifestyle, like heart disease, diabetes, and depression.

Decreasing the likelihood of the long-term effects is only one benefit to getting your children moving. Active children tend to suffer less from overweight and obesity. They tend to have higher self-esteem. They have increased coordination and movement control. And finally, a study published in Pediatrics in September showed a causal relationship between physical activity and cognitive function, particularly in the area of executive function.

But how do you get your children moving? The American Heart Association makes the following suggestions. First, reduce their sedentary time. For them and for you, there is a benefit to spending less time with a screen, parking farther from an entrance, or finding ways to making errand running less car-dependent. Second, find activities your child enjoys. If they don’t like team sports, explore other options. Introduce them to active games and pastimes that you also enjoy. Be open to experimenting as together you find things that they might enjoy or excel at. Third, get moving yourself. If you take the dog walking, they can go along. If you try out skating or canoeing, it gives them a chance to try their hand in a low-risk way. And last, provide opportunities for them to be active. It can be hard to find time in what seems a tight schedule, but the gift of physical health is one we all should work toward.

< How to Make Your Woolens Last Longer > 14 Alternatives to Punishment